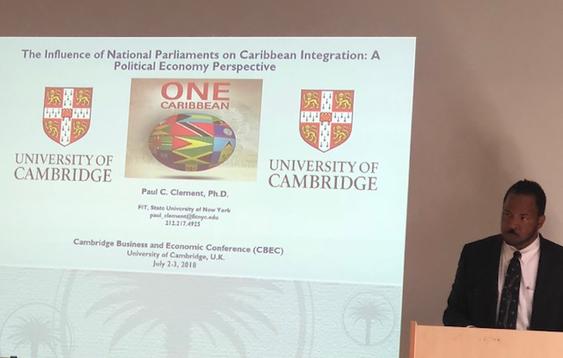 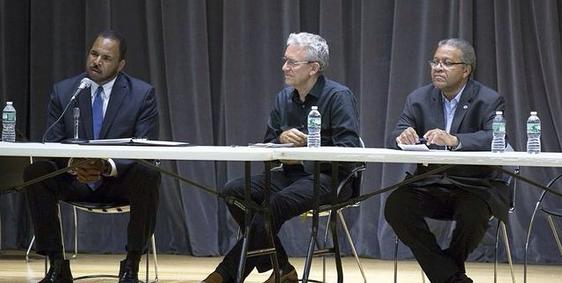 Home / EDITORIALS / Why integration is on “pause”

Why integration is on “pause”

Last week, Minister of Social Protection Volda Lawrence addressed a Caricom forum on the Free Movement Regimes of the Caribbean Community as part of a series of “sensitisation” meetings across the region on the Caricom Single Market and Economy (CSME). The Minister spoke feelingly for territories to respect the right of the “increasing“ number of workers that will be crossing borders as the “CSME develops”.

While one cannot dismiss efforts to respect workers’ rights regionally, in terms of advancing the agenda of the CSME, it would appear that once again the leaders of Caricom would rather put the cart before the horse in ignoring the fundamental problems facing the implementation of the complete CSME regime.

Accepting that their Caricom states shared what were considered to be the prerequisites for deepening regional integration: similar social and political institutions, stable political leadership, and longstanding democratic traditions, thirteen of the 15 Heads of Government had signed the Grand Anse Declaration in July 1989 with the goal of establishing a Caribbean Single Market and Economy by July 4, 1993.

Minister Lawrence and the Caricom Secretariat that organised the workshops are making a studied effort to ignore the elephant in the Caricom room: that the CSME process was placed on “pause” by its leaders right here in Guyana in 2011 after missing the latest “revised” deadline in 2008. In an era where there are several new initiatives to launch economic blocs across the Pacific and the Atlantic Oceans, it is imperative that Caricom get its act together in consummating its integration movement so that it can negotiate and interact with the emerging economic blocs from a greater position of strength.

As should be evident from its name, the CSME has two components – firstly, the formation of a single market and secondly a single economy. The “free movement of peoples” that Minister Lawrence promoted and promised Guyana’s cooperation, is an aspect of the single market prong. In a paper presented at the Caribbean Future Forum, “Implementation Deficit: Why Member States Do Not Comply With Caricom Directives” Dr Paul C Clement offered one perspective on why the CSME has not been realised and also some recommendations as to what ought to be done.

Extending the work of the late Norman Girvan that considered data to 2004, Professor Clement examined the extent to which actions required for implementation of decisions taken to effectuate the CSME were completed by 2007 – the year before the “final” deadline. The key finding – buttressed by empirical data compiled by Caricom itself, is that the main challenge is not the achievement of the Single Market, but the abysmal failure to make almost any progress towards crafting a single economy.

The “implementation gap” – which is the gap between decisions made by Heads of Government (HoG) at their meetings and the subsequent inability to implement them – is explained by the author as a consequence of the structure Caricom’s decision-making process. The policies proposed by leaders invariably are done with an eye on their individual domestic politics, which invariably may not be suitable for all territories. Rather than hash out their differences at the HoG level, the policies are approved by the leaders knowing that since they must receive local approval, they can be left in abeyance at that level.
Bereft of a mechanism to filter policies for regional appeal, the CSME had to grind to a halt.Top of Form

The Beacon of Truth

In yesterday’s editorial, using data compiled by Professor Paul Clement, it was proposed that Caricom Heads of Government were forced to place the 1989 decision to create a Caricom Single Market and Economy (CSME) on pause, because of its failure to meet a series of deadlines for completion starting with the first one in 1993.

The failure, Professor Clement posited, was due to very ambitious policy proposals the leaders agreed to in their meetings, but were unable to implement in their individual territories. This “implementation gap”, in turn was the result of leaders proposing initiatives with an eye to their individual domestic electorate, which in turn rarely were attractive to every country in the regional grouping, but in the absence of a “filtering mechanism”, were still approved. The lack of implementation had a negative feedback effect since citizens began to view Caricom as a mere “talk shop”.

Professor Clement made a critical point in demonstrating that there was a vast discrepancy between the implementation rate for policies relating to a Single Market (62.3 per cent) and that for the Single Economy (6.4 per cent). As far back as 2003, a group of regional “wise men” headed by Sir Sridath Ramphal, in their report, “Regional Integration: Carrying The Process Forward” had suggested:

And we arrive at the threshold issue that is preventing our regional integration efforts to proceed further, even though in a world of evolving larger “sharks” of mega trading blocks, we stand in danger of becoming a permanent “sardine” because of our size. The Single Market was able to make progress because the decisions implemented did not reduce the powers of the individual leaders: they had to do with tangible effects such as lower prices for goods, that were immediately recognised by the electorates.

On the other hand, the creation of a Single Economy demands losing a certain amount of control and autonomy over vast areas of economic life, like, for instance, monetary and fiscal policies as well as patronage to local businessmen who may be funders of election campaigns. Trinidad had long been seen as possibly playing the role of Germany in the European Union, and playing a larger role in fostering the Single Economy. And this was one of Professor Clement’s proposals for accelerating the CSME.

However, other regional leaders have always been sceptical of playing second fiddle to Trinidad and Tobago and stoutly resisted policies proposed. With the collapse of oil and gas prices forcing T&T into an austerity programme, it is unlikely that it could play that role even if its leaders were willing. The collapse of the “Jagdeo Initiative” on fostering “food security” for the Region is an example at a more concrete level of the refusal of regional leaders to implement policies geared at creating a Single Economy, on account of what was considered as a possibly uneven distribution of burdens and benefits even though the Region as a whole would have benefitted immeasurably.

Secondly, “Caricom’s incremental approach on all fronts has not worked as anticipated. As a result, this paper recommends that the Caricom leadership seek out those arrangements, which have the best chance of succeeding and complete implementation on those fronts. This strategy would focus on delivering tangible benefits in a timely manner and take into account the actual implementation capacity of member states. For example, using all its available resources, concentrate on completing the CSM directives with the highest implementation rates.”